ORLANDO, Florida — Wrestling is, by its very nature, a story that never ends. There are no periods, just a continuous string of commas and conjunctions.

Seth Rollins triumphed over both Triple H and a bum leg, but Triple H will be out for revenge the next day. Brock Lesnar is the new universal champion, but he has to defend the thing at some point. That’s why the end of WrestleMania 33 Sunday was so striking. It ended with a literal fade to black inside Camping World Stadium in Orlando, Florida. Fitting, as we just witnessed what certainly seems like the final match of the almost-30-year career of Mark Calaway, better known as The Undertaker.

After suffering a bruising defeat at the hands of Roman Reigns, he took a moment to soak it all in. Bathed in dark blue light, he placed his hat and gloves in the center of the ring and walked off down the ramp. Then, to save his damaged hip from further distress, he descended down into the floor, literally on a hydraulic platform and metaphorically back to Parts Unknown. Then, darkness.

It was the most melancholy ending to a WrestleMania in history. In a way, it almost felt like someone died. Maybe not a close friend or relative, but a person like the postman who’s reliably delivered your mail with a smile for most of your life. You appreciate his or her work and take it for granted until they’re gone. The Undertaker’s day-to-day life was certainly a more glamorous career than that of the average USPS driver, but they both occupied the same space of distant familiarity in people’s lives. 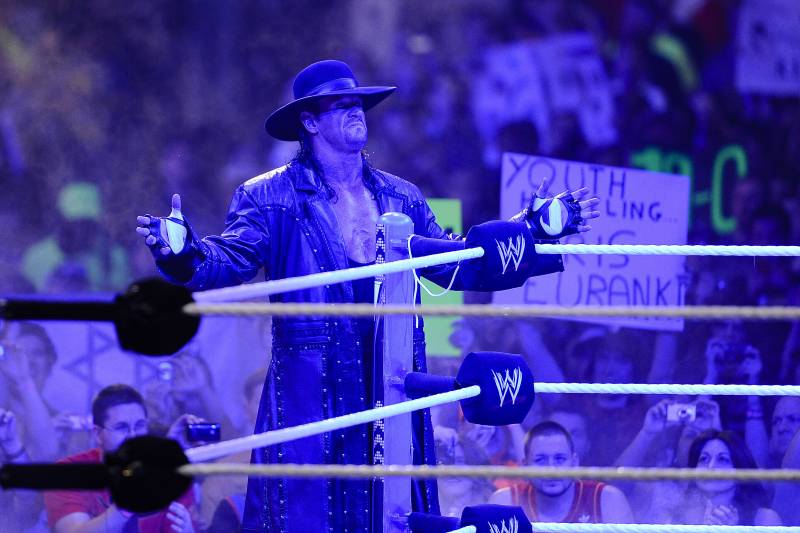 None of us ever get to really know wrestlers, but especially Calaway, a man whose dedication to his gimmick was a large part of why his mystique sustained itself over multiple decades. The Undertaker wasn’t going to show up on The Tonight Show to gab with Jimmy Fallon. He’s the Dead Man, and dead men don’t have a whole lot to say.

His opponent, Roman Reigns, is the guy who does go on talk shows to smile and charm the mainstream. He’s representative of a new breed of pro wrestler, the kind who interacts with fans on social media, appears on TV fully admitting that wrestling is work and publicly exists as a slightly hyperbolic version of his everyday persona when there’s something to promote (which there usually is).

The average WWE fan hates him for it.

“I’ll leave before that match starts, if [Undertaker/Roman Reigns is] the main event,” said Kayla Cukan, 18, from St. Louis. 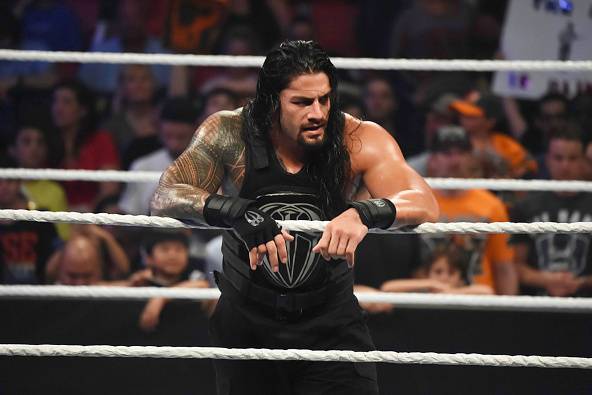 This was the first WrestleMania for both her and her father, Kevin, 55. They—and around 20 other fans—congregated under an awning to escape the sweltering central Florida heat during the long hours before the stadium’s gates were opened. The general consensus, as it is with many WWE live crowds, is that Roman Reigns is not deserving of his place in the wrestling hierarchy, that he’s been marketed as the next Rock or John Cena despite not possessing the requisite skills to carry the company creatively or financially.

WWE might be posting record profits, but their fans are disgruntled. Losing an icon with the stature of the Undertaker doesn’t help. It gets worse when factoring in that Reigns was the guy to drive the stake into his undead heart.

“They messed up with his character. They started letting him talk,” Kayla said, referring to the belief that Reigns isn’t particularly charismatic in the way his predecessors were.

Wrestling fandom is increasingly split between those who toe the WWE party line and a vocal group of fans who are beginning to flock to smaller, competing companies like Ring of Honor (which held a supercard in Lakeland, Florida, the day before WrestleMania and is currently rumored to be WWE’s next major purchase) and New Japan Pro Wrestling, which is planning a slow but steady U.S. expansion, starting with two tour dates in Southern California in July. Kayla and her dad both wore T-shirts for the Bullet Club, a heel stable that divides its time between Ring of Honor, New Japan and other indie promotions. 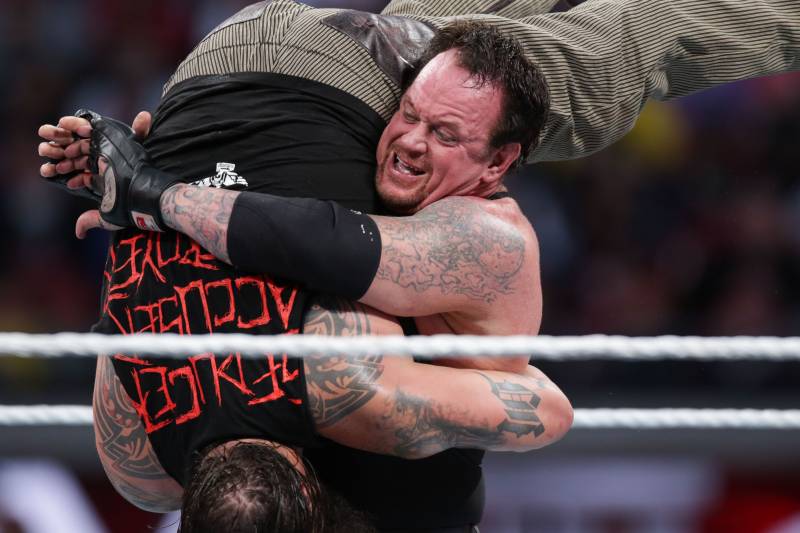 The Bullet Club and its members (the Young Bucks, Kenny Omega, Cody Rhodes, etc.) are cool in the way Roman Reigns is not. They’re dastardly, they’re cocky and they have a hand signal fans can do to show they’re part of the group. To his detractors, Reigns is a one-dimensional good-guy superman figure, even if the reality is that his character is often cocky, cold and violent. They despise the fact that he’s the guy on the front of the cereal boxes, at the front of the posters and built up to be virtuous by the announcers.

It’s not that different from what Undertaker experienced during the first decade of his WWE career. WWE was fronted by angelic conquering heroes like Hulk Hogan and Bret Hart. When edgier characters would catch on, like Kevin Nash’s Diesel persona, they’d immediately find themselves buffed and shined into a squeaky clean approximation of their original form, and lesser for it.

WWE struggled through those years, until the emergence of anti-hero “Stone Cold” Steve Austin, but the one constant during all of it was The Undertaker. He could be shoved in a casket, die, ascend to heaven, then come back to life in order to wrestle a twin of himself (only on pay-per-view, of course) and still command the audience’s attention despite all the absurdity. For a time, he was the WWE’s only dependable attraction, which forged the beginnings of his legacy. The promotion might not have survived some of its lean financial years without him. 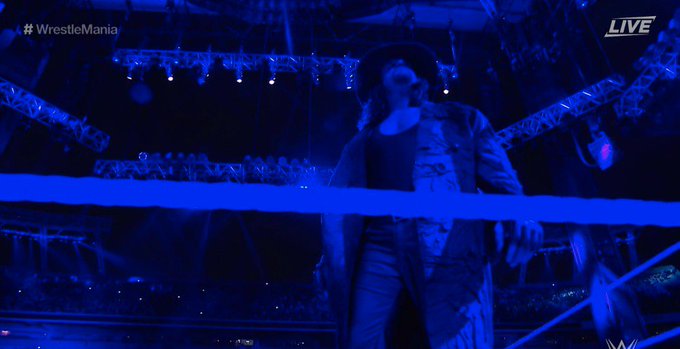 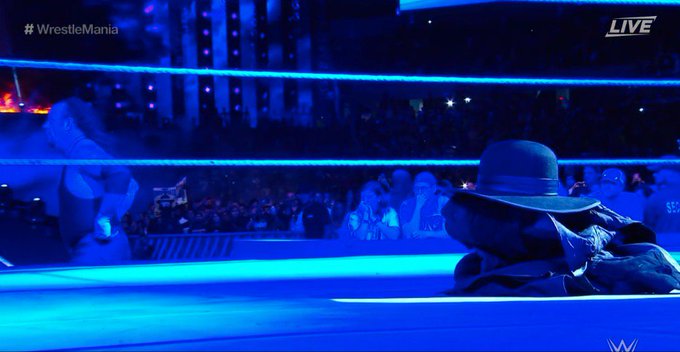 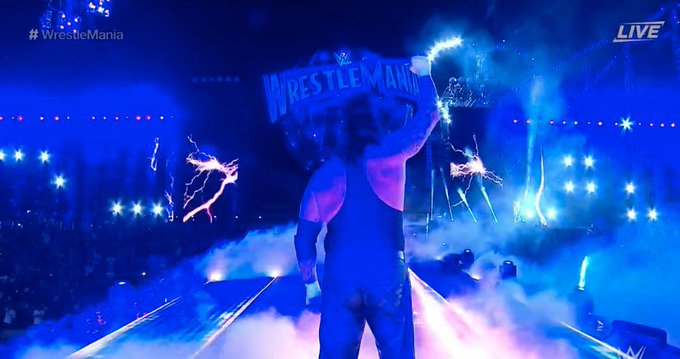 Now, Roman Reigns is the attraction. But the question remains whether he’s destined for canonization like The Undertaker, or if he’ll be totally reinvented the way Nash was after leaving Diesel behind to form the wildly successful, Bullet Club-inspiring New World Order in WCW. Is Reigns the hero of this story, or its reluctant villain?

WWE Hall of Famer Sgt. Slaughter knows all about being hated. He main-evented WrestleMania VII in the Los Angeles Memorial Sports Arena during the postscript to the Gulf War in 1991. He was tasked with playing an Iraqi sympathizer by Vince McMahon, in the hopes that America’s patriotic fervor during the conflict would make Slaughter, the former G.I. Joe pitchman, a suitably threatening nemesis for Hulk Hogan. Slaughter got his one and only run with the WWE Championship during that storyline, but he also got death threats from disgruntled Hogan fans for his trouble. 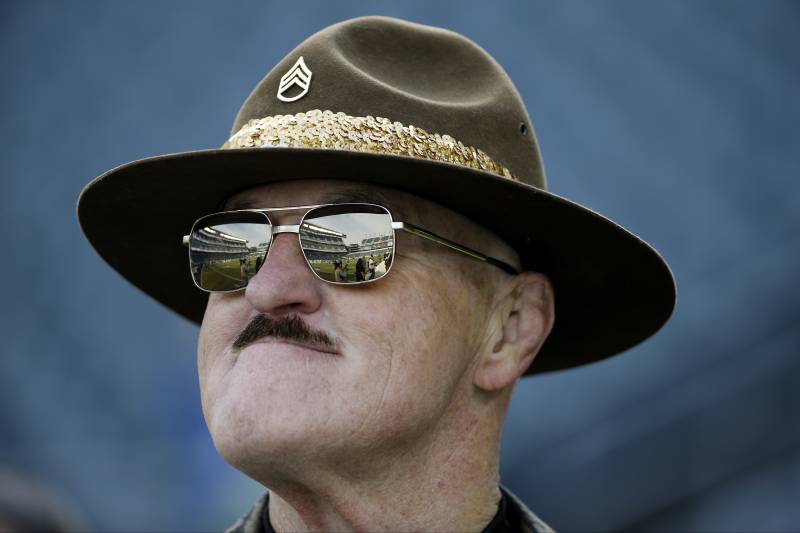 “We had Alex Trebek there, and Donald Trump, and Willie Nelson sang [“America the Beautiful”], and Regis Philbin. None of ’em came over to say hello to me, and I knew them all before that,” Slaughter told Bleacher Report minutes before WrestleMania 33 began. “That showed me that I might have been doing my job right.”

Being hated is part of that job sometimes. As beloved as The Undertaker is today, there were numerous instances where he was cast as the heel. Reigns isn’t necessarily an official heel, but the reaction he gets sounds exactly like the one a wrestling bad guy gets when he or she steps out onto the stage. During last night’s universal title match between Goldberg and Brock Lesnar, the ostensible good-guy babyface Goldberg had to confront boos directed at him and cheers directed at the nefarious, conquering Lesnar. It happens, even if WWE doesn’t always want it to.

Through all the verbal abuse, one has to take it in stride. Reflecting on the highly charged scene at WrestleMania VII, Slaughter said, “I just threw all that out the window and said, ‘These people here and on pay-per-view want to see the show. I’m gonna go out there and give ’em what they paid to see—me as the worst villain of all time.'”

Reigns might be able to challenge Slaughter for that dubious title after likely retiring the iconic Undertaker. There was no embrace at the end, no show of mutual respect. Reigns walked off, still wearing his trademark determined face, though with a tiny hint of remorse. Nothing close to the hugs that greeted Ric Flair when Shawn Michaels ended his career at WrestleMania 24, or the handshake that Undertaker offered Michaels when Taker sent Shawn off.

Instead, it was Mark Calaway alone, in a haze of smoke, stripping off the gear that defined him. Reigns won the match, but now he will be forever branded as the man who took The Undertaker from us. Reigns even told ESPN‘s Jonathan Coachman after their match that having to put down the legend “felt like a loss.” The chalice he’s been given by Vince McMahon might be poisoned, but he has to drink from it anyway. Yes, the story continues, but this time without one of its most remarkable characters.

Jeff Bridges responds to calls for ‘The Big Lebowski’ sequel

Jimmy Johnson Being Considered For Cowboys Ring of Honor

Small Things You Can Give Up To Save Thousands

Small lifestyle changes may seem irrelevant, but truthfully, it goes a long way in the long run. Early…

Top 10 Most Beautiful Cities In The World

With so many options nowadays, traveling is no longer exclusive for the privileged few but to anyone…

The Instant Pot is the ultimate kitchen multitasker, but did you know that your pressure cooker can…

10 Science Discoveries to Be Thankful for

Amazing advances in science As you bow your head in gratitude, secretly hoping every aunt and uncle…

The 10 Most Extravagant Hotel Rooms in the World

You go to hotels to get away and to be pampered, but some hotels offer special rooms with a whole other…

A Successful CEO’s Advice to His Younger Self

Airbnb’s CEO, Brian Chesky, who runs a $30 Billion company is on the pinnacle of his success, but…

Waitress and grandma of 7 receives $3,000 tip for hard work and ‘smiling’

In a recent speech by CEO Tim Cook, he said that the late co-founder, Steve Jobs, was a genius and that…